Call me old-fashioned. I still own a paper dictionary.

Last week, my seven-year-old daughter hauled it off a shelf and leafed through the special full-color section on United States presidents. One by one she read the names of past leaders, from George Washington to George Bush (it’s an old dictionary).

Kneeling beside her sister, my four-year-old piped up. “Why are they all boys?”

Uh. Time for a history lesson. 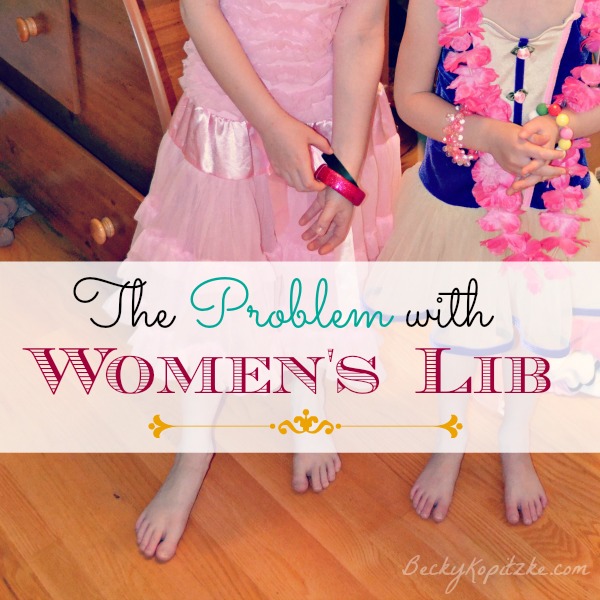 “Women weren’t allowed to be presidents,” I said. “Not at first. In fact, women couldn’t even vote for which president they wanted.”

“Nope.” I shook my head. “Many years ago, ladies were not usually allowed to do a lot of things that men could do—especially if they were married.”

“Wow.” My children struggled to comprehend a world where girls weren’t equal to boys in work and play. Here in this house, one daughter loves dolls and dancing while the other flips for super heroes, dinosaurs, and monster trucks. The idea of gender obstacles is totally foreign to them.

So it occurred to me, at that moment—I’m grateful. Tremendously grateful that my daughters are living in an age when women can run for office, launch a business, go to med school, or write a blog. Thanks to the passionate efforts of generations before us, my girls can grow up to be executives, professors, scientists, or moms.

Isn’t that kind of backwards? I mean, women’s rights exist to free the female from domestic life, right?

Nope. Not exactly. And that is the problem with women’s lib.

What about the woman who chooses domestic life?

Doesn’t she have just as much right to her decision as the woman who prefers going to work—and to not be criticized for it?

Despite all the good it brought us, feminism has somehow diminished the role of motherhood to a side job. If you’re “just a mom” then you’re wasting the brain God gave you. We’re told to build a career. Advocate for change. Make a difference. Impact the world! You can’t do that by changing diapers.

Oh, sweet dears. Yes, you can.

“And if anyone gives even a cup of cold water to one of these little ones who is my disciple, truly I tell you, that person will certainly not lose their reward” (Matthew 10:42).

Parents today are charged with the great responsibility to raise the next generation of loving, impassioned, God-fearing people. Every day, every hour, every lullaby, burp rag and after-school snack we spend investing in that purpose is meaningful and influential in God’s eyes.

It’s not the lesser pursuit.

I want my daughters to know they can follow whatever convictions the Lord plants in their hearts, whether that’s paleontology or parenting or both. But it’s up to me to teach them that. It’s up to you. Our current generation of women—of moms—can make a difference, together, by vowing to support rather than slam each other. And to teach our kids to do the same.

Just imagine. That could be the greatest expression of women’s rights our nation has ever seen. 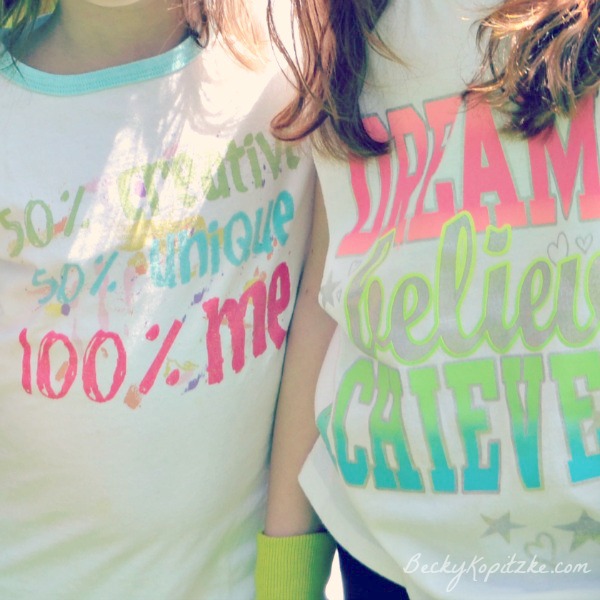 “Mom, do you think I could be president someday?” My seven-year-old cocked her head and looked up at me.

“It’s possible, if that’s what God has planned for you.” I reached to touch her cheek. “He made you smart. You can do a lot of things.”

My four-year-old jumped to her feet. “Can I be a super hero?”

Women’s rights do have some limits, after all.

So honored to return to Focus on the Family today

My puppy and I share a taste for literature. #bodi

A truly amazing day. Thank you, Focus on the Famil

Getting ready to record an episode of the daily br

I love this place. #appletonalliancechurch

This time of year I start dreaming of warmer days.

The post-Christmas morning shrapnel. My heart is o

Rest... it’s not a practice that comes naturally

Beautiful summer day with friends on the farm. Tha