Today I’m happy to welcome my fellow author / blogger / busy mom Megan Nilsen to Time Out, to share with us some encouraging words learned through her experience as an adoptive mother. Whether you have been involved in an adoption process, are considering adoption, or have no association with adoption at all, Megan’s story will inspire you. Let’s all enjoy hearing some of her hard-fought wisdom. Take it away, Megan!

“How we praise God, the Father of our Lord Jesus Christ, who has blessed us with every spiritual blessing in the heavenly realms because we belong to Christ. Long ago, even before he made the world, God loved us and chose us in Christ to be holy and without fault in his eyes. His unchanging plan has always been to adopt us into his own family by bringing us to himself through Jesus Christ. And this gave Him great pleasure” (Ephesians 1:3-5, NLT).

Nearly four years ago our family of four morphed into a family of six when we completed the adoption of our youngest two children from Ethiopia. Since then, lots of people have asked me if I “always dreamed of having a big family?” And I can tell you the answer to that would be a big fat “Nope. Pretty much never!”

In fact, for a long time I was squarely of the two kids, replace yourself variety.

That is, until my husband Scott and I sat nestled on a picnic blanket in Napa Valley while celebrating our 10th wedding anniversary. In that moment, God’s Spirit knocked on the door of our hearts and beckoned us to utter the “A” word.

With fear and trembling we decided to follow His call. What started with a prayer of surrender ultimately led to the adoption of two beautiful children.

Lest you be deceived into thinking this story had a fairy-tale ending, I can assure you the transition home was nothing short of “other-worldly” for the lot of us. Grief loomed large over our home for quite a while, manifesting in all sorts of tantrums and tears. And not only from the kids, I must confess! My own heart wrestled to embrace the new family dynamics as well.

Throughout the preceding adoption process Scott and I spent all kinds of time in trainings and reading books about attachment. We figured it would be hard for the children to attach to us. No doubt. They were plucked out of the only country they had ever known—a country full of people who looked like them and talked like them and were expected to attach to a whole new family that didn’t resemble them even a little bit!

To say it was “hard” is a gross understatement.

No one prepared me, however, for the fact that I would actually come face to face with my own junk, my own attachment issues. Naturally, everyone focused on the kids, but no one clued me in to the fact that I might have trouble attaching as well.

It wasn’t until I realized that I, too, am adopted (at least in the spiritual sense) that things began to change—for the better.

Over the years, I confess I had read and absorbed verses about spiritual adoption in a very shallow manner. For as long as I can remember, I have believed that God loves me—at least in the overarching sense, in the way a parent loves a child. I mean, parents are supposed to love their children, right? I know some species eat their young (and I’d be lying if I said that has never once crossed my mind), but as far as humans go, I’m pretty sure parents loving their children is somewhere in the original blueprint.

However, to understand that God chose me, not because He had to, but because He wanted to? Now that idea was altogether mystifying because, technically, I am not, never was and never will be adopted in the physical sense.

In the fragility of those early days, our adopted children were, for all intents and purposes, Nilsens in name only. Their identities—who they thought they were, who they believed themselves to be—had been compromised. Although their passports read “Nilsen,” their hearts did not. And who could blame them?

By all accounts, their identity crisis made total sense given the trauma they had experienced. One single stroke of a judge’s pen signified all we had was now theirs as well, but they could not, and would not, receive it. At least not in its full form.

Could this resemble my spiritual posture as well?

Even though I’ve been a Christian since I could reach the kitchen faucet on tip-toe, I was not living into my full identity as a daughter of Christ. I was not receiving my full spiritual inheritance.

Just like my children struggled to trust us, I also struggled to vulnerably surrender my entire being to God. At the end of the day, I often wondered if he was a good daddy—if He really had my best interest in mind.

The word “adoption” literally means “to choose.” The Latin root “ad” means “to” and “option” means “choosing.” The very nature of adoption communicates that you and I are wanted—you and I belong!

Our primary identities no longer lie in the temporary, counterfeit, shallow offerings of this world. I am not merely a mother, sister, daughter, friend, writer or mediocre cook—rather, I am first and foremost a child of the King! (Spoiler alert: So are you!!) 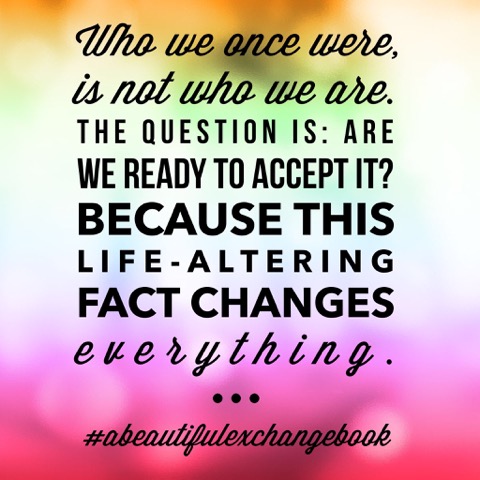 The truth is, if you are in Christ, then you are an adopted child — and this life-altering fact changes everything. We are now His.

This same truth applies to anyone in the family of Christ. The instant we find ourselves in Jesus, we see “the old has gone and the new has come” (2 Corinth. 5:17). We are children of the King; “wholly and dearly loved” (Col 3:12)!

Once we find ourselves firmly grounded on that foundational principle, everything else—who we are and what we do—can flow directly from that place.

Oh the freedom that comes when we truly surrender and believe!

What does it look like to live into your identity as a child of God? In what ways do you struggle to receive your full spiritual inheritance? 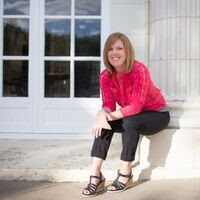 Megan Nilsen is the mother of four children—two biological, two adopted, and by all accounts the most beautiful kids in the world (at least according to their unbiased mother). She is married to her college sweetheart. Together, they believe the localchurch is the hope of the world.

When she’s not coordinating crazy carpool schedules, she rejuvenates as part of the teaching team for her church’s weekly Bible study. Megan passionately pursues writing as a way to process God’s ever-active work in the world. She gets the biggest rush out of connecting with people and swapping stories of the heart. She and her family live in Colorado. You can find her blogging about it all with two of her dearest friends at www.writinginpencil.com.